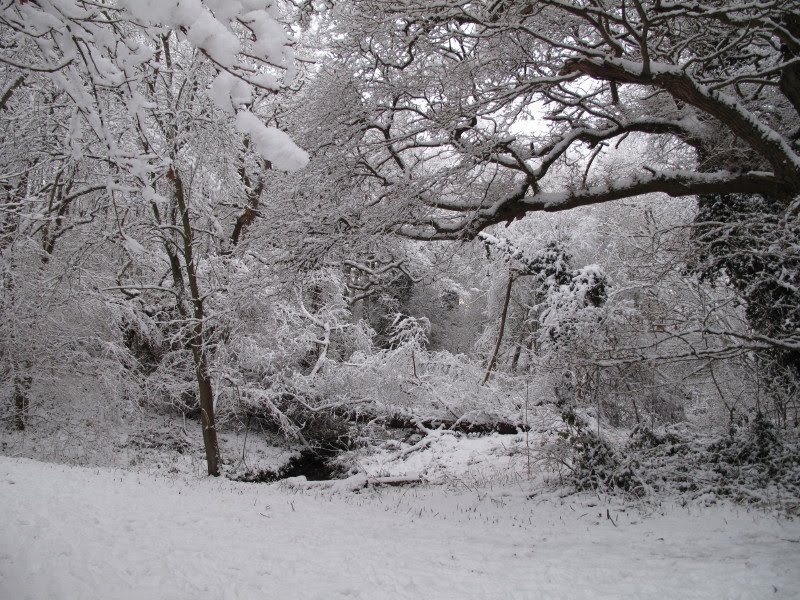 I had to post these photos of our winter wonderland even though at last the snow has gone. We are so lucky to live so near to the woods and to be able to go out and enjoy their beauty.
All these photos were taken on automatic settings. 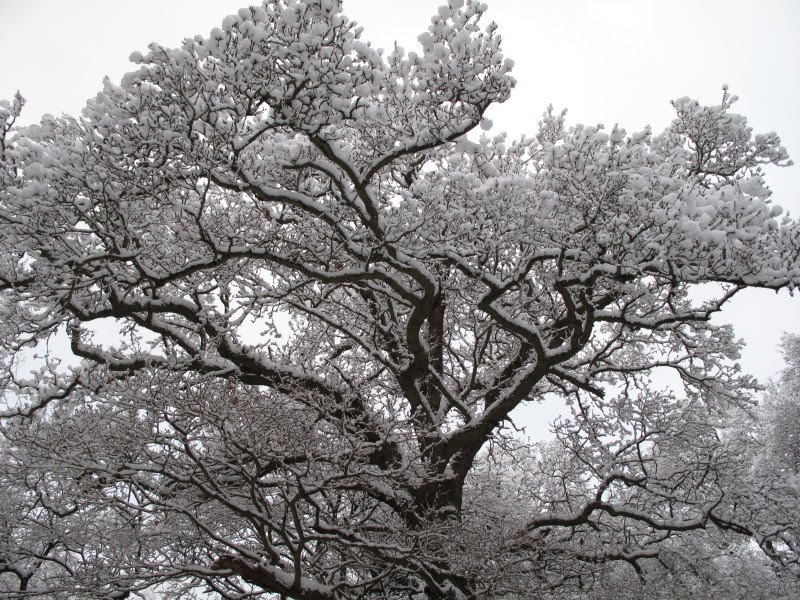 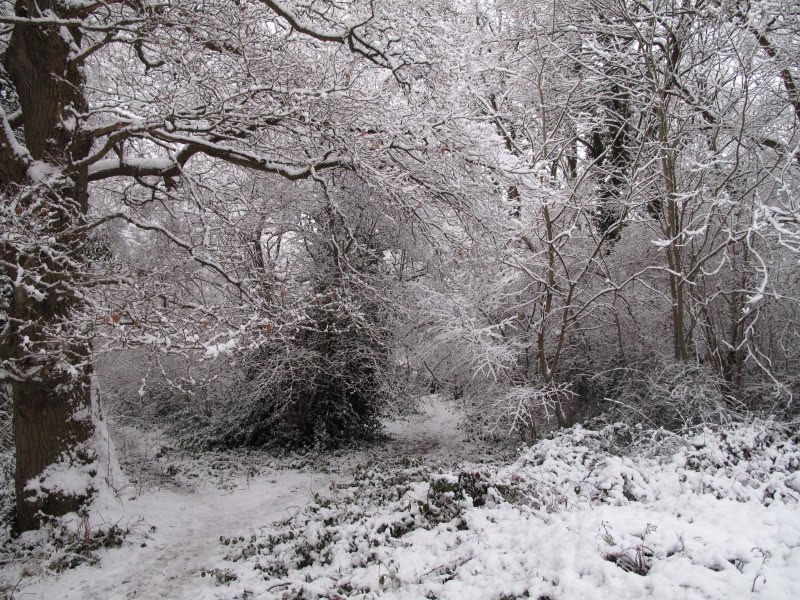 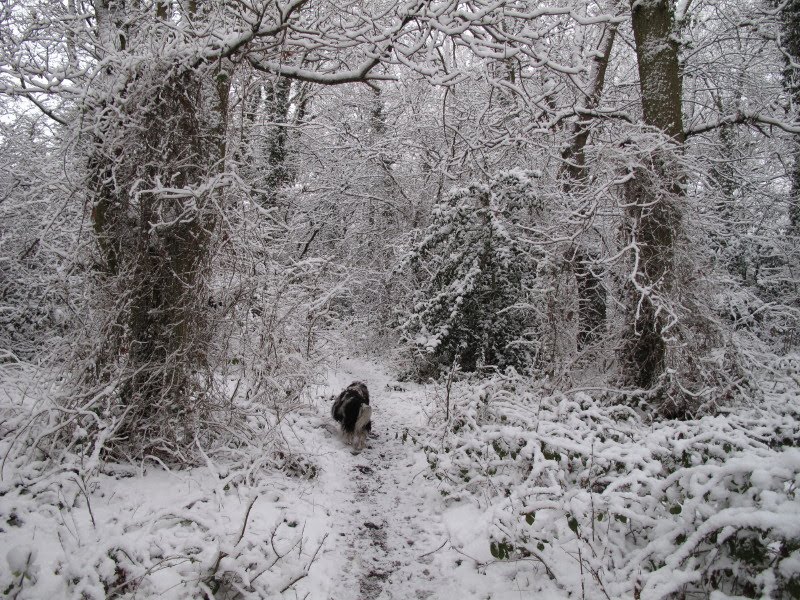 My faithful friend always stands where I want to take a shot. 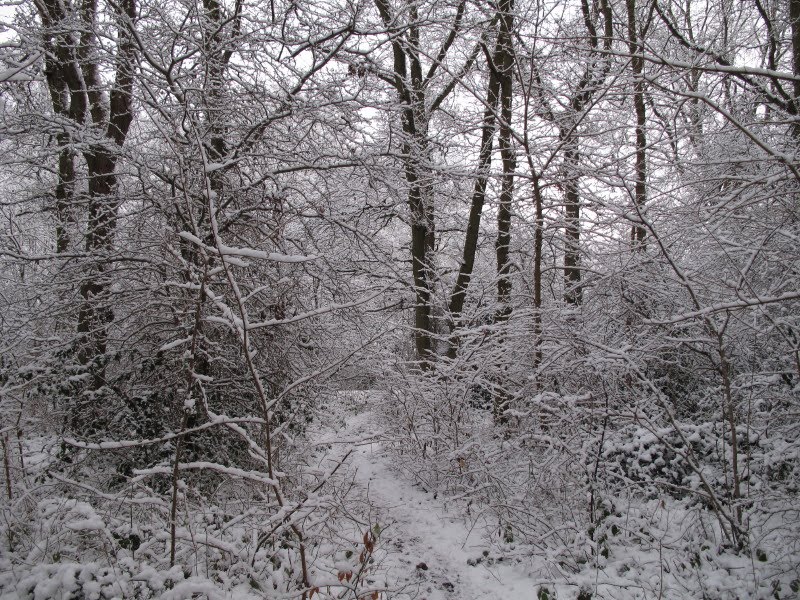 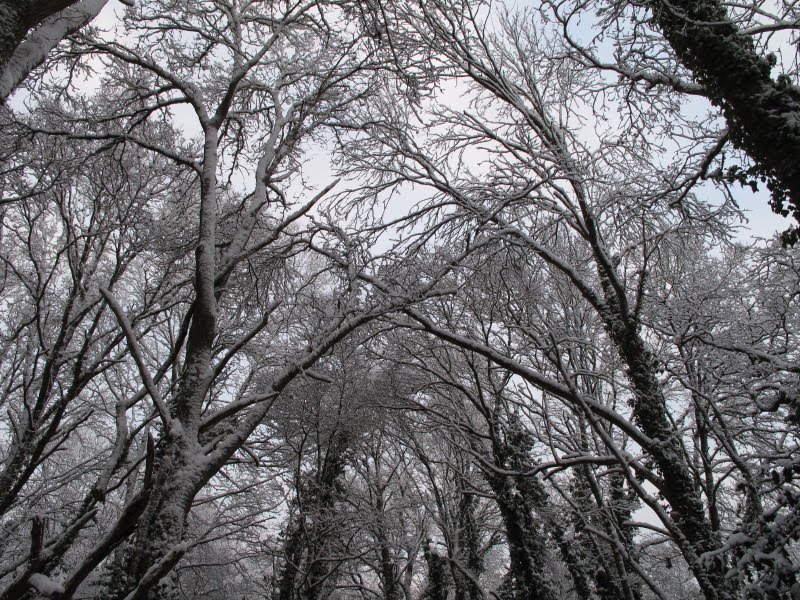 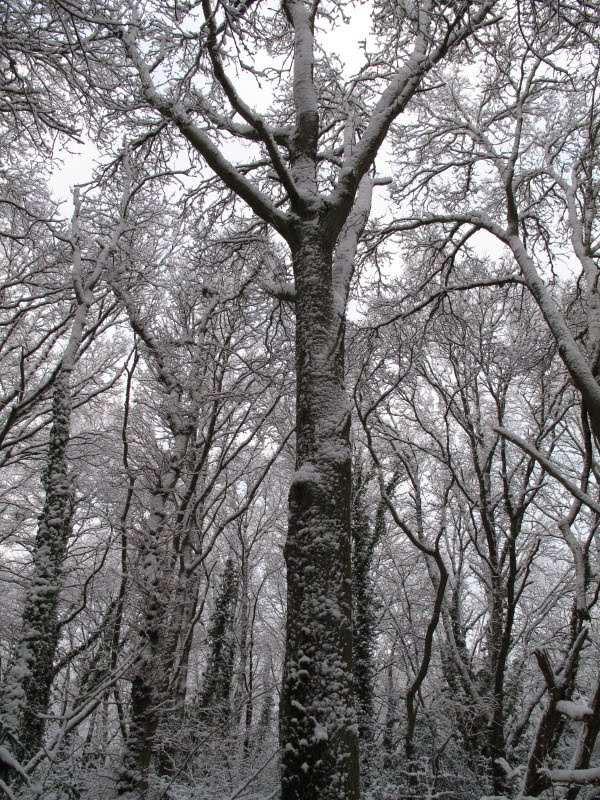 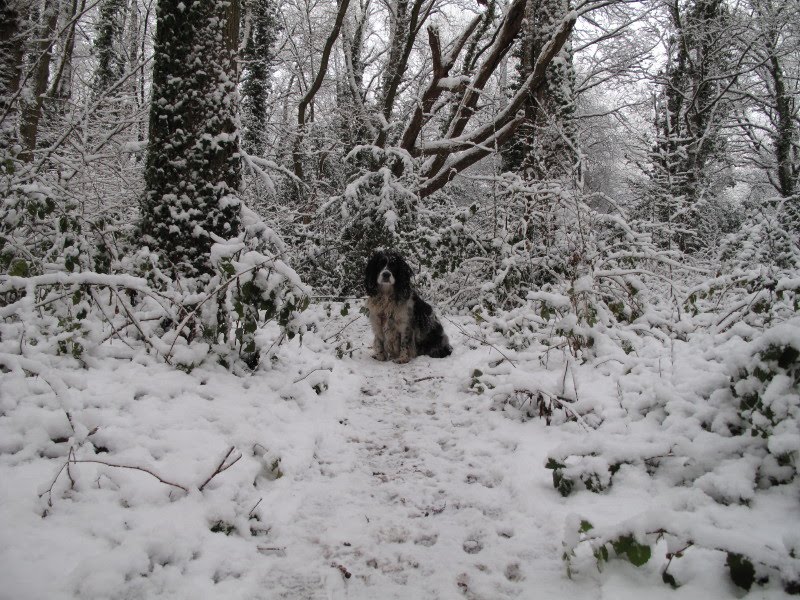 For once Beth decides to look at the camera, probably rather inpatient with me keep stopping to take photos. 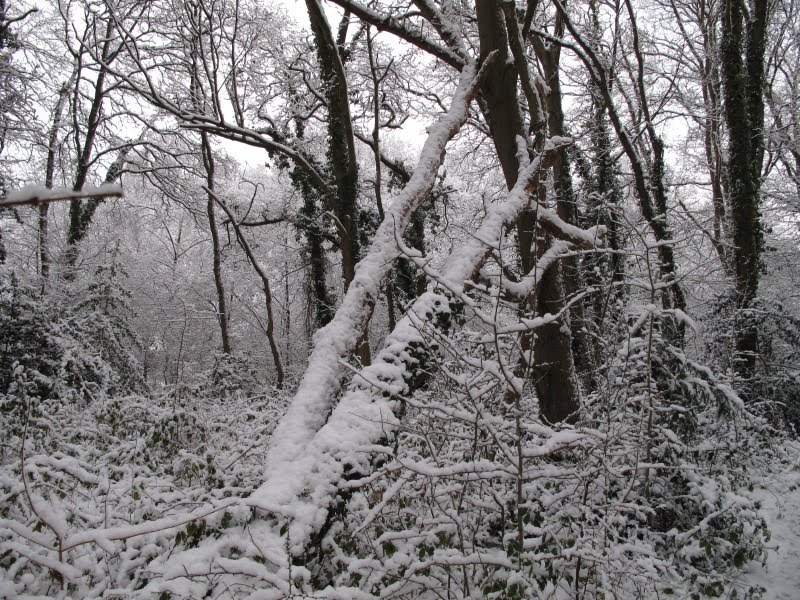 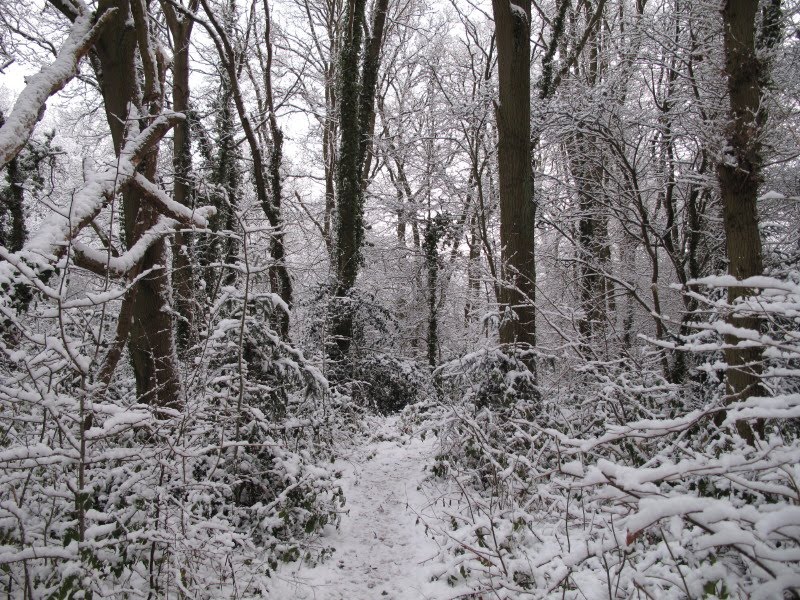 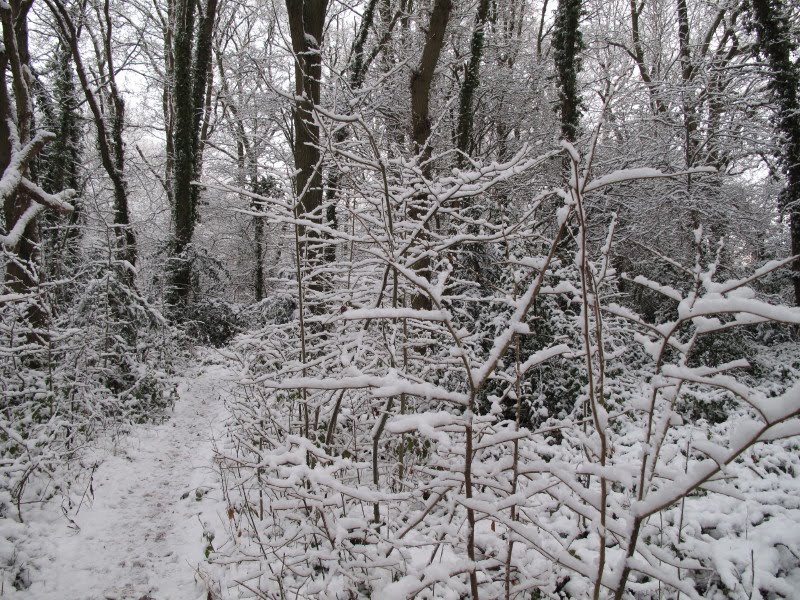 I hope you enjoyed our walk. These woods are frequented by deer but also pheasants which are bred on the neighbouring estate (competent hosts for Borrelia infection, Lyme Disease).
I still enjoy my walks in the woods where I would probably have contracted Lyme Disease but I go well booted and not in flimsy sandals or shoes as I had been known to do.
I just uploaded an excellent video to my side bar which I would recommend everyone watch, Seven Facts about Lyme, you never know when that information may help you or someone close to you.
Posted by Joanne at 11:46