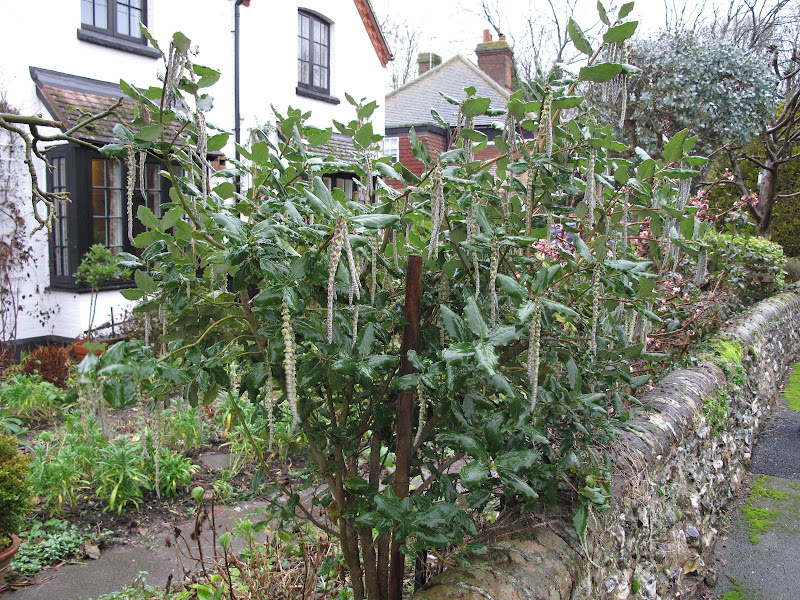 The last day of 2012 is rather wet but still the garden has something to show the Garrya Elliptica has been lovely this winter. 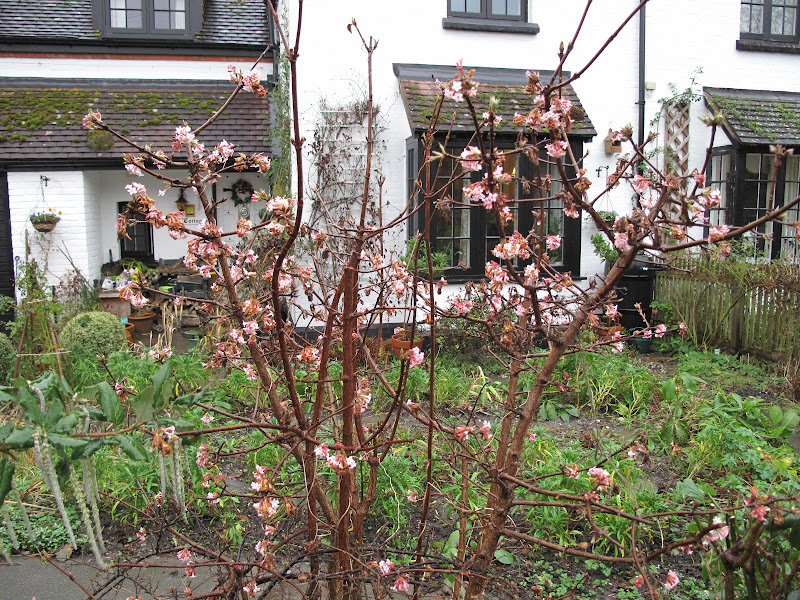 As has the Viburnam  Bodnantense but with the added wonderful perfume. 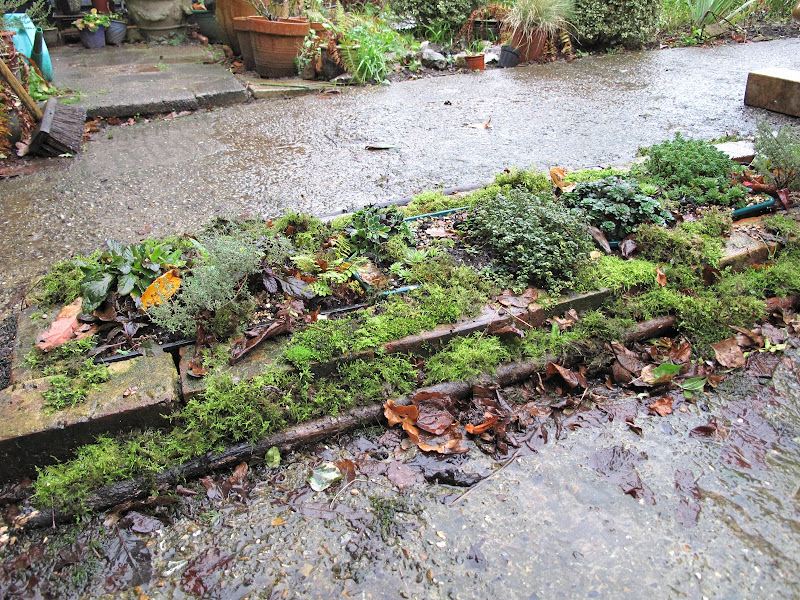 Mike has reinstated some of the trough which the birds delight in, tossing plants and moss all around. 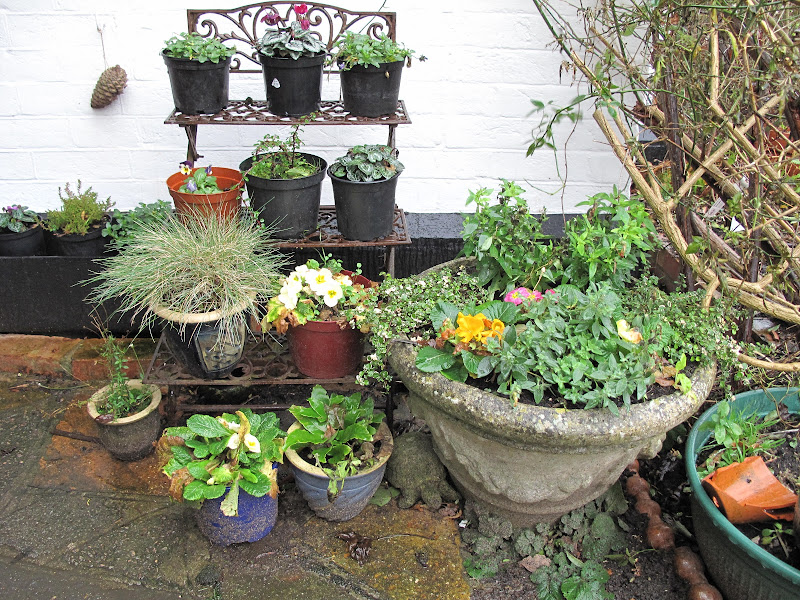 Just a few Winter plants to enjoy by the door. 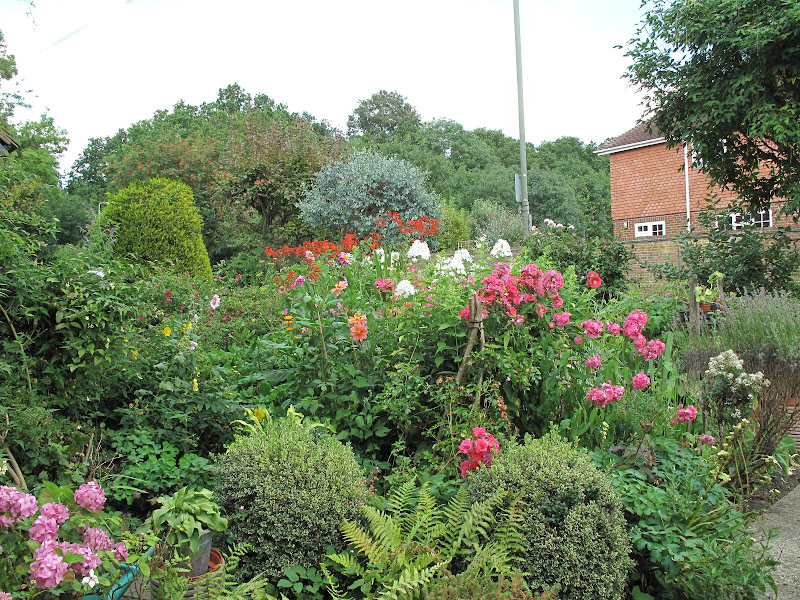 The front cottage garden seems at present a far cry away from the summer beauties that entertained us for so many months. 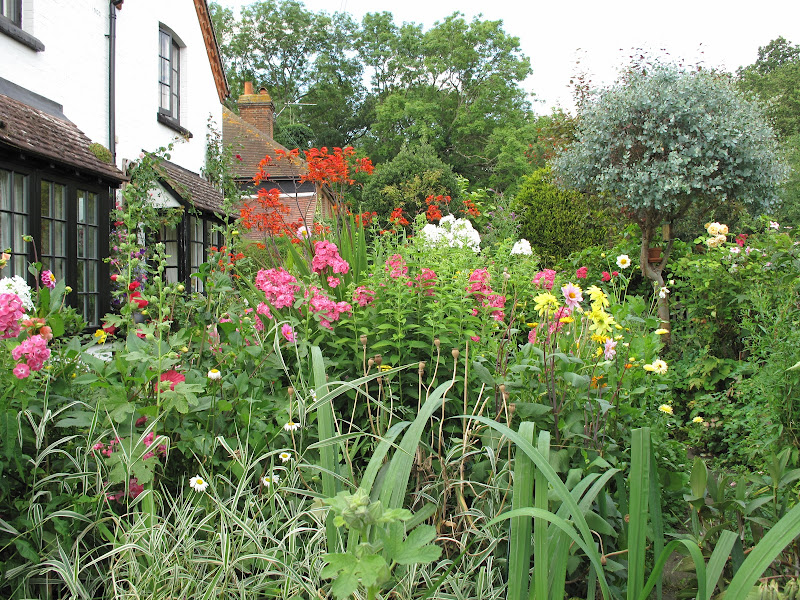 It was December before we lifted the Dahlias and then only because we needed to plant the Wallflowers out not because they had finished blooming although it was only a few days later before the frosts would have done the job for us. 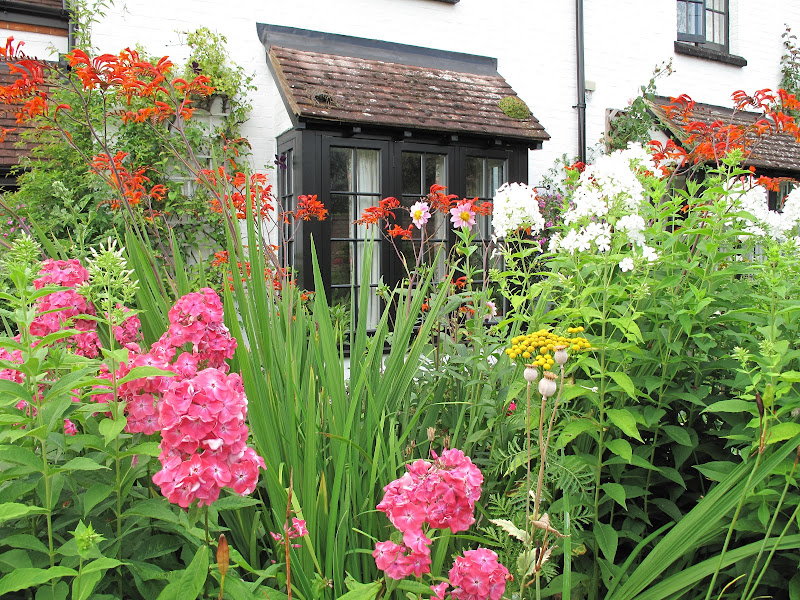 This kaleidoscope of colour was meant to be posted in August when I took the photos but sadly I am always so busy I have neglected my Garden blog but not so much the garden. 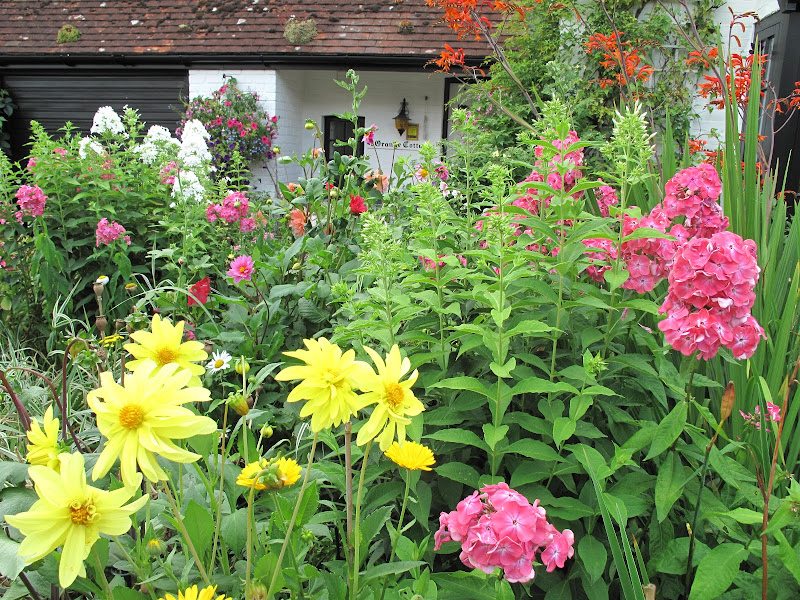 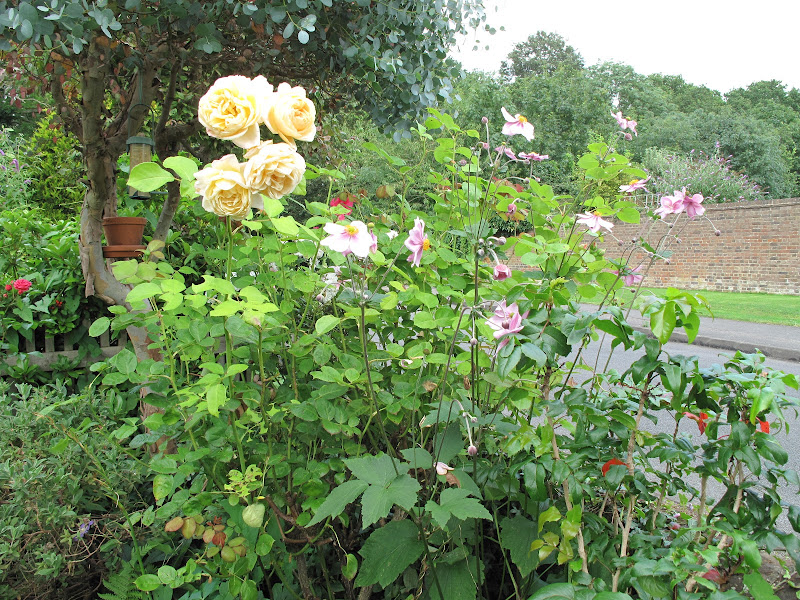 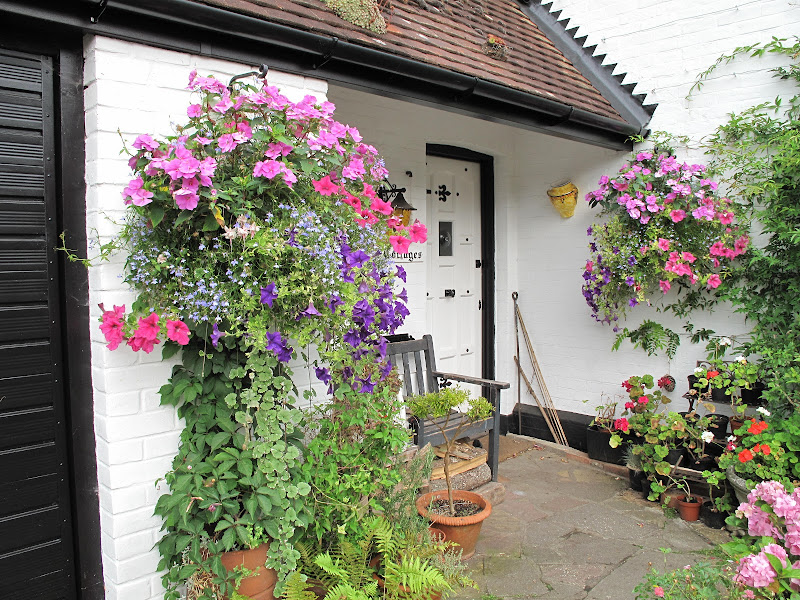 Mike has done wonders with the hanging baskets I think the best year yet. 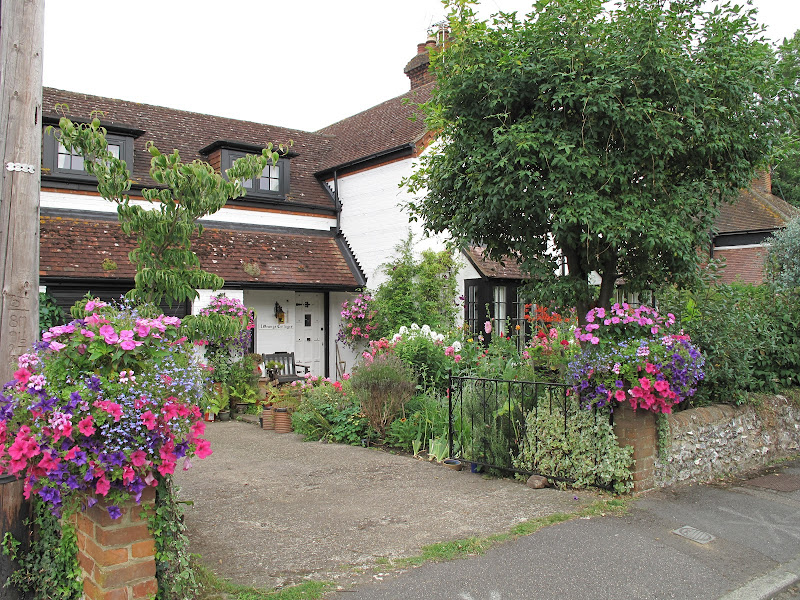 We decided to put these two on the gate posts and they have been much admired. 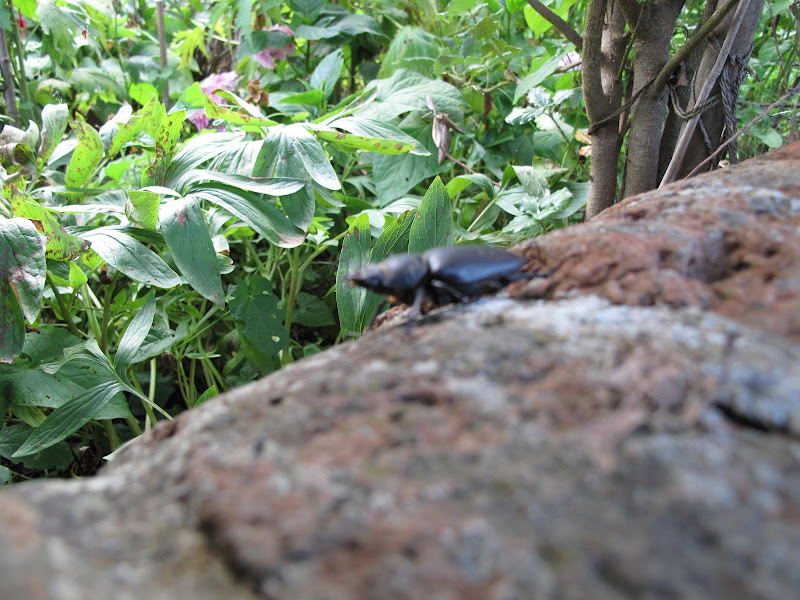 One of the many interesting insects we get in the garden a Stag Beetle I think they must breed in or near the compost and the few piles of rotten wood we deliberately keep in the back garden because we often see them. 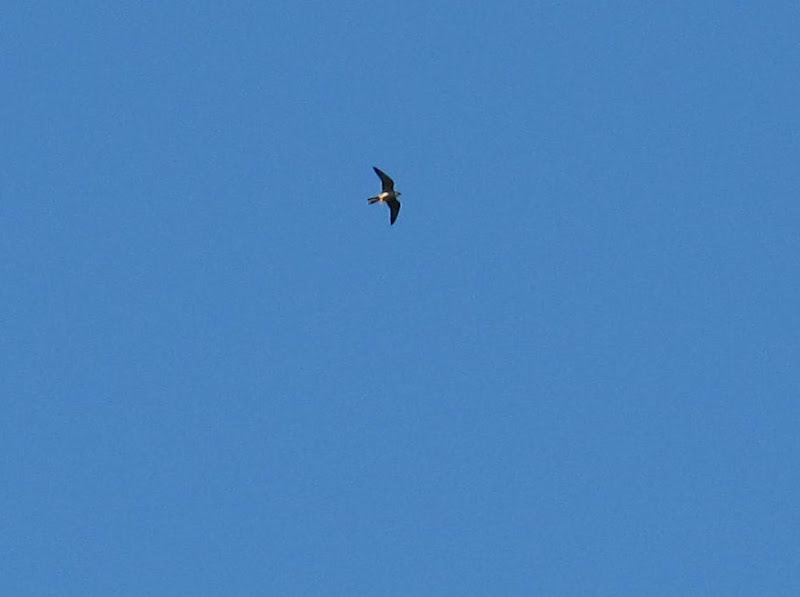 The Red Kites have been spotted a number of times but it is so difficult to get the camera and zoom in enough to take a decent picture more often we just stand or sit and admire their acrobatics but you should see the pigeons scarper when the Red Kites are around and actually that is a good indicator to look up high into the sky. 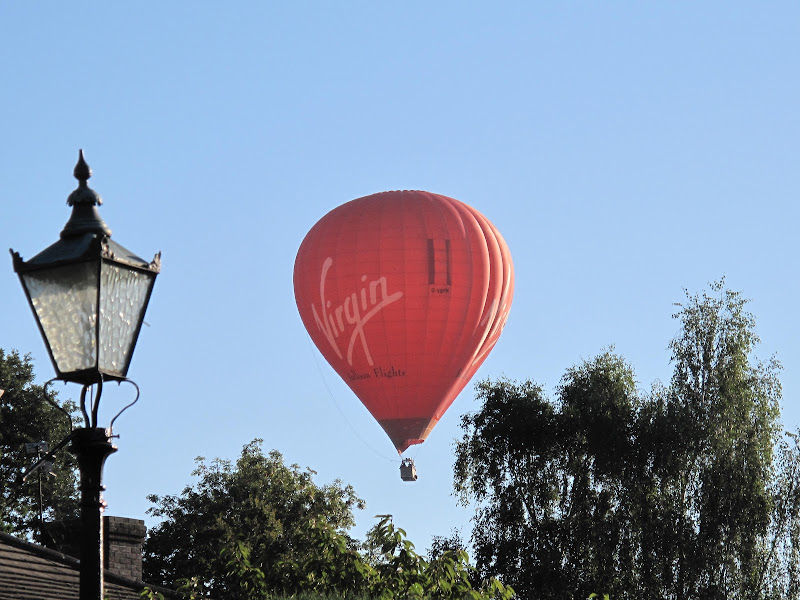 Another not uncommon sight passing overhead sometimes a little low for comfort, ours not theirs they have a choice we don't. Still it is an indication that for some the effects of the recession are not being felt - perhaps more slack Cameron should be seeking out instead of knocking the underdogs all the time. 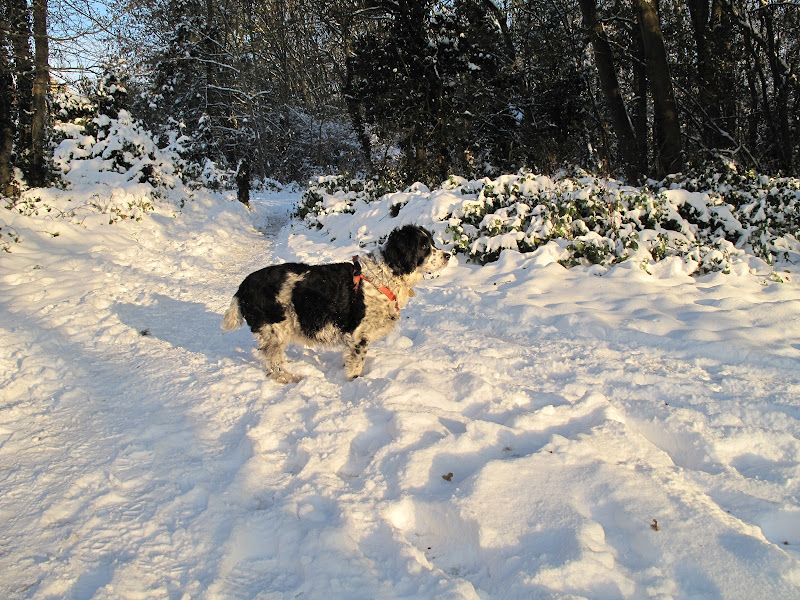 In memory of Beth much loved and sorely missed taken December 2011.

Taken all round 2012 has been a good year, my time is taken up with gardening and helping raise awareness of Lyme Disease. The science emerges at quite a pace and still our Dept of Health have their heads in the sand, well perhaps not much longer as they were involved with research recently that shows there are many uncertainties, hence current guidance given to doctors on Health Protection Agency website is not all substantiated. As many Chronic illnesses can be involved there is some urgency in developing useful and accurate guidance and acknowledging the gaps in the science.

My Joanne's Cottage Garden blog has been rather neglected this year due to the time I spend on my Looking at Lyme Disease blog, but with 300-400 page views a day I guess the Lyme blog is achieving far more than I set out to do and providing me with a useful reference place to retrieve information. With contacts I have made throughout the World I have 'spoken' with doctors, researchers and patients some diagnosed with Fibromyalgia, ME/CFS, RA, MS, MND, Parkinson's, Autism, and recently Alzheimer's who have discovered their condition to be driven by Lyme Disease spirochete and on appropriate antibiotics are slowly making improvements.

What a fascinating world Mr Google allows us to be involved with.