CHRONIC DISEASE DOES NOT HAVE TO DEFINE YOU.

I was reminded in one New Years message not to let your disease define you. Those of us who struggle daily with a chronic illness, in my case Lyme Disease are constantly aware of their pain and incapacity.

Another comment made in that New Year message was about winning a lottery prize. I often feel that I have won the lottery being able to make some enormous strides in recovering from my Lyme disease, but that was thanks to an ILADS doctor and a sympathetic GP who could see the benefits of long term antibiotics by the effect it had on reducing my visible symptoms. These days my symptoms are much milder and although they still relapse, the relapse is slower and the response quick with a short course of antibiotics.

I spend a lot of my time advocating to help share information and science on Lyme disease and a quick glance through my Looking at Lyme disease blog https://lookingatlyme.blogspot.com/ shows how much is available that our governments choose to ignore.

However anyone who follows this garden blog will know that what really defines me is my garden.

I rarely like to post about personal information or family but I am fortunate to have 5 grandchildren with another expected in a few weeks. I am lucky to be able to spend time most weeks with all my grandchildren.

I have been involved in several projects such as making a Dolls House.
https://joanne-orangecottages.blogspot.com/2013/12/happy-festive-season.html

I have had many sewing and knitting projects, but one of my favourites was to make this little jacket plus a skirt for my granddaughter. Why this was so special was because aged 6 she designed her own fabric which her mum had printed and then asked if I would make her this jacket and skirt to match. 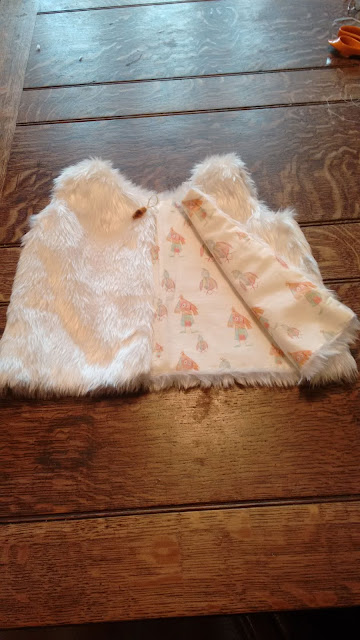 Another project I enjoyed was making a lion for each family this was a blast from the past when as a young mum I made large soft toy animals. 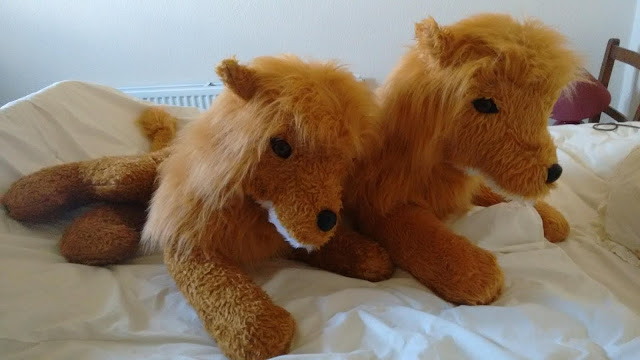 Many years ago when I belonged to Blotanical I was challenged to write a Meme post which shows some of the animals I used to make
https://joanne-orangecottages.blogspot.com/2009/10/meme-100th-post-guru.html

So our latest project was to make a Hornby 00 train layout, thanks to Ebay the train sets were not too expensive and Mike was happy to get involved with laying it all up. My contribution was mainly in building the model buildings thanks to Wordsworth Model Railway for providing the downloads of the buildings http://www.wordsworthmodelrailway.co.uk/

So I can count many blessings in my life but here is hoping that 2019 brings big changes in the way doctors handle Lyme Disease, they need to recognise the unreliability of testing, make clinical diagnosis and treat empirically using antibiotics for the infection and support for our immune systems and halt the devastation of thousands of lives by this persistent bacterial infection - Lyme Disease.