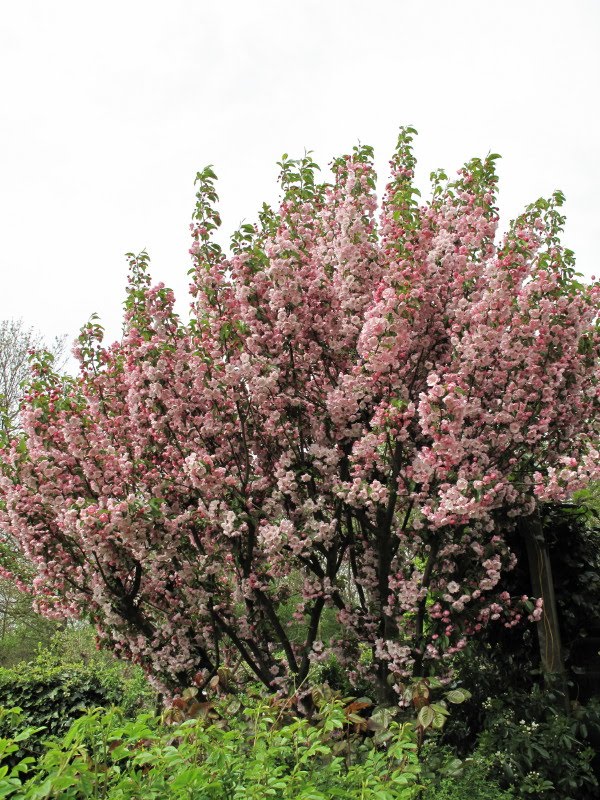 A celebration of Blossom greeted me as I looked down the garden today. The Cherry tree outside the kitchen window had finally blossomed although we did wonder if it was going to this year as it was so slow to flower. We never pruned it last Autumn which we usually do and so the flowers were even more spectacular than usual. It is a large tree for near the house so does need to be kept in hand. 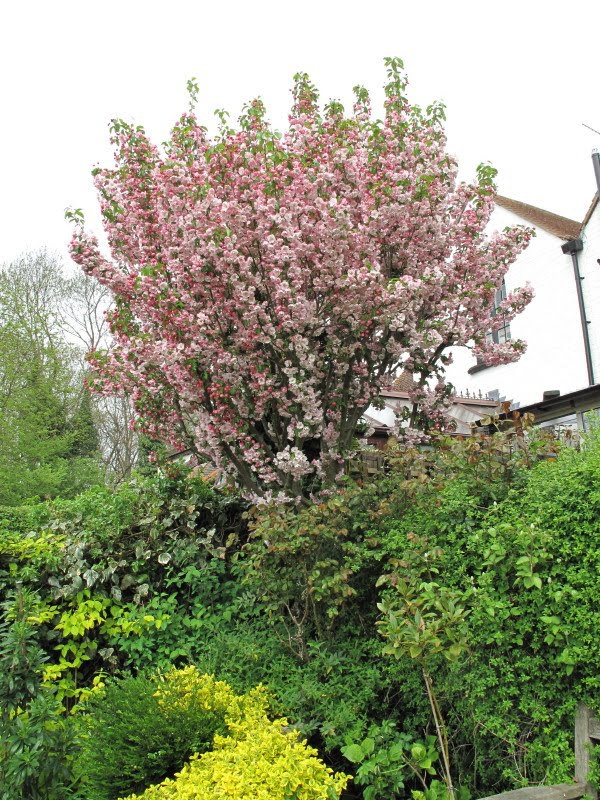 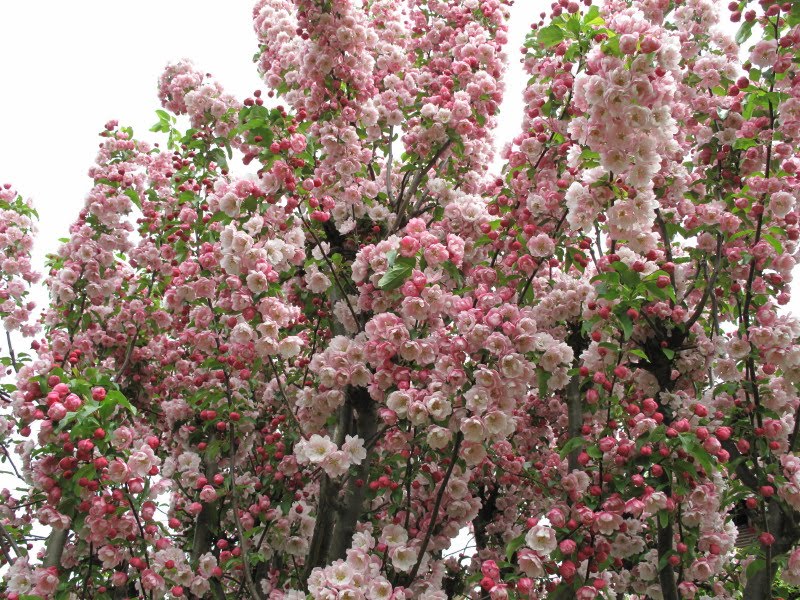 Don't you just want to bury your face in all those lovely flowers. 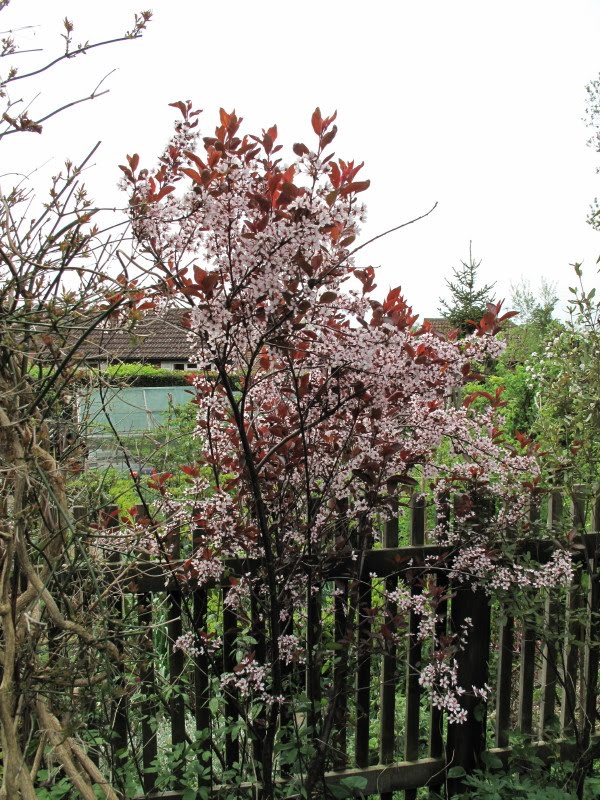 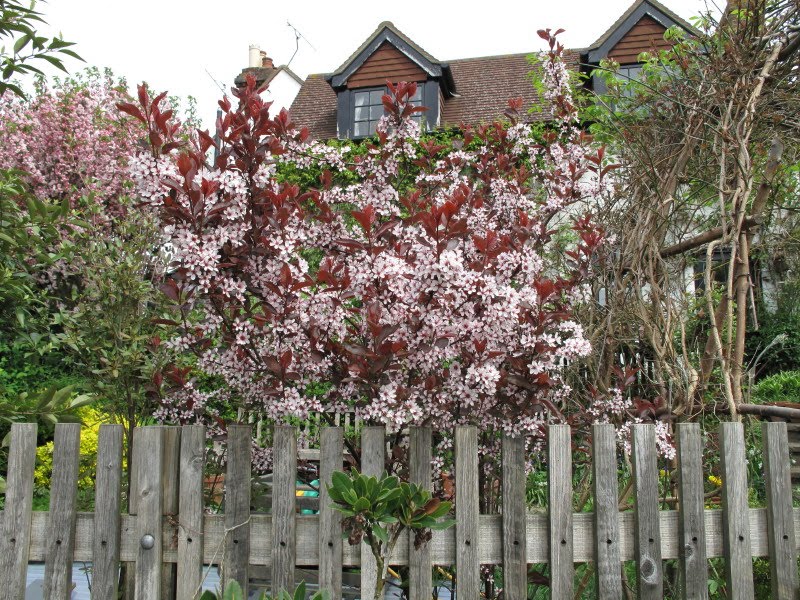 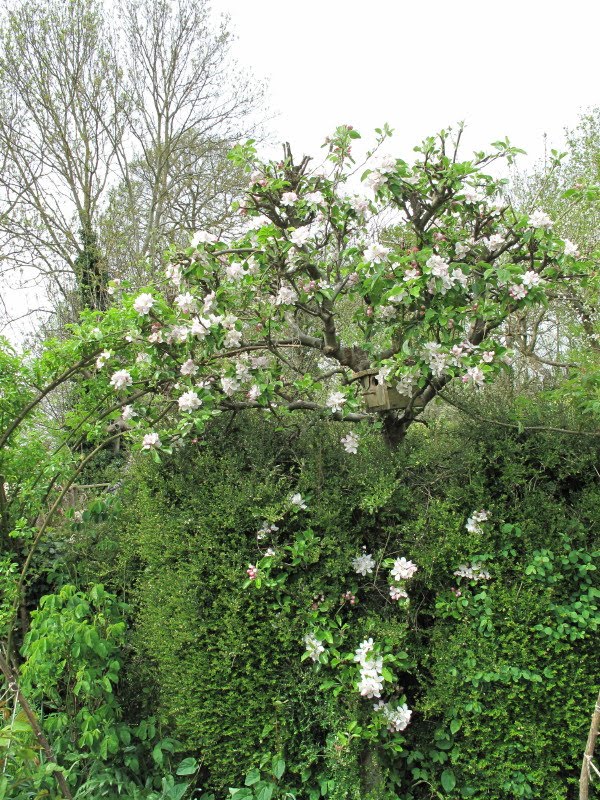 An espalier eating apple tree left to grow as a tree because the wall is far too low to have trained it along. This was in the garden when we moved here 30 years ago and it has the most delicious apples if we get them before the bees do. 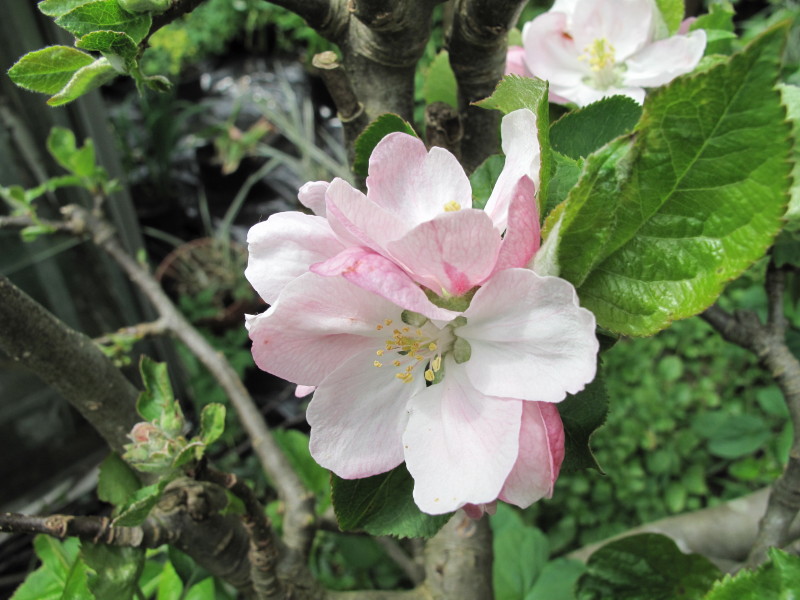 These lovely flowers are on the Cooking apple tree. Again it is meant to be an espalier but I moved it from a north facing low wall to this site and have allowed it to just grow as a tree with lots of pruning. 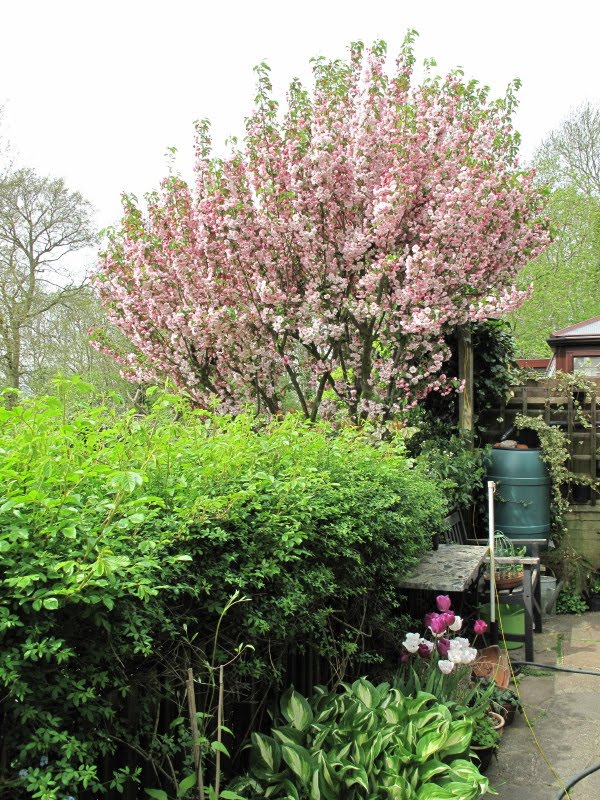 You can see the size of the Cherry tree and why it needs to be pruned hard. It does make a lovely natural shade to sit under in the Summer though. 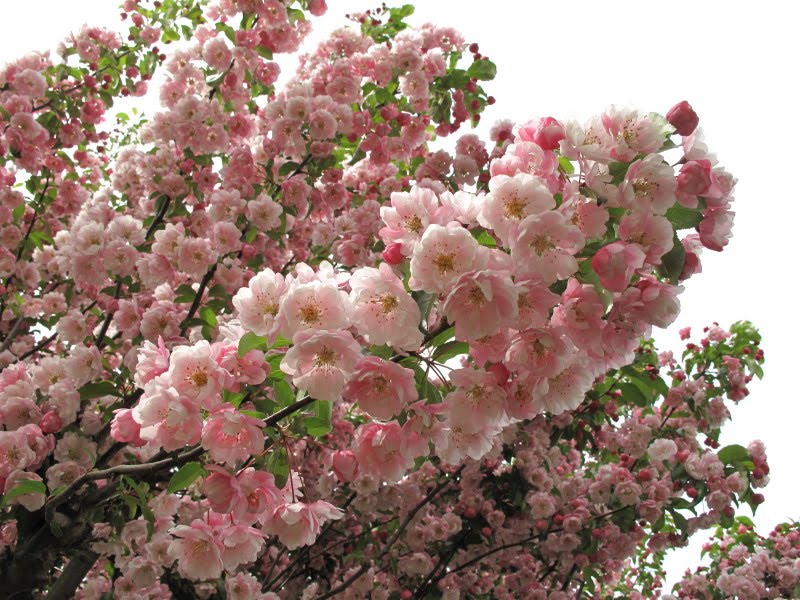 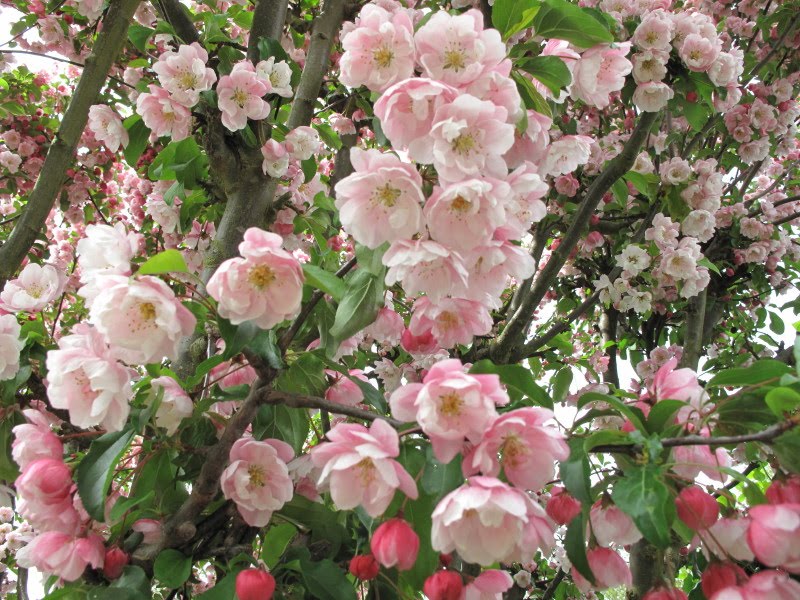 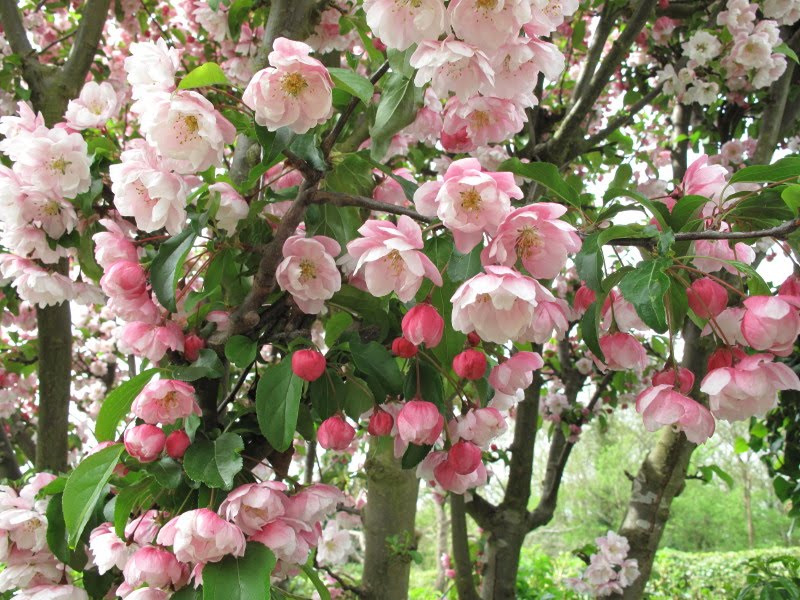 I really had to wallow in all it's glory.
Posted by Joanne at 22:06